Who we work with

Latin Link came into being through the evangelical interdenominational faith mission movement of the 19th and 20th centuries.

Our roots are in the small but influential missionary societies which operated in Brazil, Argentina, and Peru. These were often quickly formed, experimental European groups, or individual pioneers, who later built up sending agencies around them. Latin Link values the stories of these brave and intrepid adventurers who left their home countries without much concern for their prospects but with a passion to see evangelical churches established and growing healthily throughout Latin America. 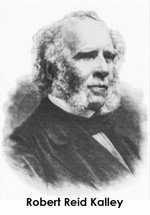 Harry and Susan Strachan were in mission in Argentina, particularly Tandil, from 1901-2 and subsequently were founders of Latin America Mission (with whom Latin Link now enjoys a close partnership).

From 1916, through Annie Soper and Rhoda Gould, work that would later be incorporated into Latin Link was started in Peru, particularly medical work in Moyobamba.

The World Missionary Conference of 1910 in Edinburgh was a defining moment for Latin mission in unexpected ways. Due to the prevailing view that there was no need for further mission as colonial powers had established an institutional church, Latin America was omitted from the agenda. In direct reaction, certain mission workers such as Campbell Morgan, Stuart Holden, George Grubb and Harry Guinness, who were with small agencies in Peru, Argentina and Brazil, decided to join forces to form the Evangelical Union of South America (EUSA). This became a leading vehicle for interdenominational mission in Latin America from Europe and elsewhere.

During the latter half of the 20th century the rise of Protestantism in many parts of the world, and especially its charismatic expression through Pentecostalism, also became a phenomenon in Latin America. This was unprecedented in a region which for 500 years had been institutionally Catholic.

Little churches sprang up from the grassroots on street corners, and megachurches grew at a rate that could only be marvelled at by evangelicals in Europe. The task of mission agencies had traditionally been one of ‘proclamation’ – but now there were plenty of home grown Latin American evangelists. 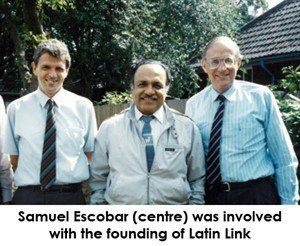 In 1991, EUSA and the Regions Beyond Missionary Union (RBMU Peru) were consolidated to form a new agency under a new name: Latin Link. The process involved a hard rethinking of the appropriate models for mission from Europe. Latin American church leaders were consulted on how Latin Link could best serve their needs, and as a result partnership models of working were developed.

Latin Link recognised the desire of expanding Latin American churches to send their own people into mission, and pledged to support the training and preparation of new mission candidates.

Latin Partners, a branch of Latin Link, was established in 1999 and since then has welcomed and placed Argentinian, Peruvian, Brazilian, Guatemalan members in mission with churches in Britain and Ireland. Other Latin Americans have become members of Latin Link working cross-culturally in their own region and in other parts of the world.

An overview of changes in the church in Latin America would not be balanced without reference to the parallel movement of liberation theology, which started in Latin America. Just as the Protestant churches no longer needed to be dependent on foreign missionaries, so mainly poor and downtrodden Catholic communities were encouraged by radical priests to see that they could do things for themselves instead of relying on scant resources from Rome. Throughout the church in Latin America there was a turning away from the traditional culture of ‘dependency.’ 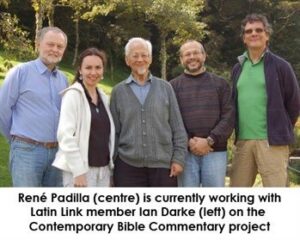 While liberation theology came under criticism for drawing on Marxism, its ‘option for the poor’ was to have far reaching ramifications and an influence on the mission of every wing of the church worldwide.

The Lausanne Covenant of 1974 saw substantial input from Latin American theologians and missiologists including Samuel Escobar, Rene Padilla and Orlando Costas who helped shape Latin Link’s original mission principles. The third congress, to take place in 2010, is calling for an evangelical reformation with a strong emphasis on justice and holistic mission. More mission training colleges across Latin America have integral mission at their centre.

Proclamation, not only by word but in deed, living a consistent life, and social action have become central to evangelical mission and an intrinsic part of the work of Latin Link.

In 1991 Latin Link started with around 40 members, mainly sent from Britain and Ireland to Latin America. Today we have nearer 140 members representing 16 nationalities (at the last count). These people make us the multi-directional, and truly international community we are today.

We use cookies to ensure that we give you the best experience on our website. If you continue to use this site we will assume that you are happy with it.AcceptPrivacy Policy